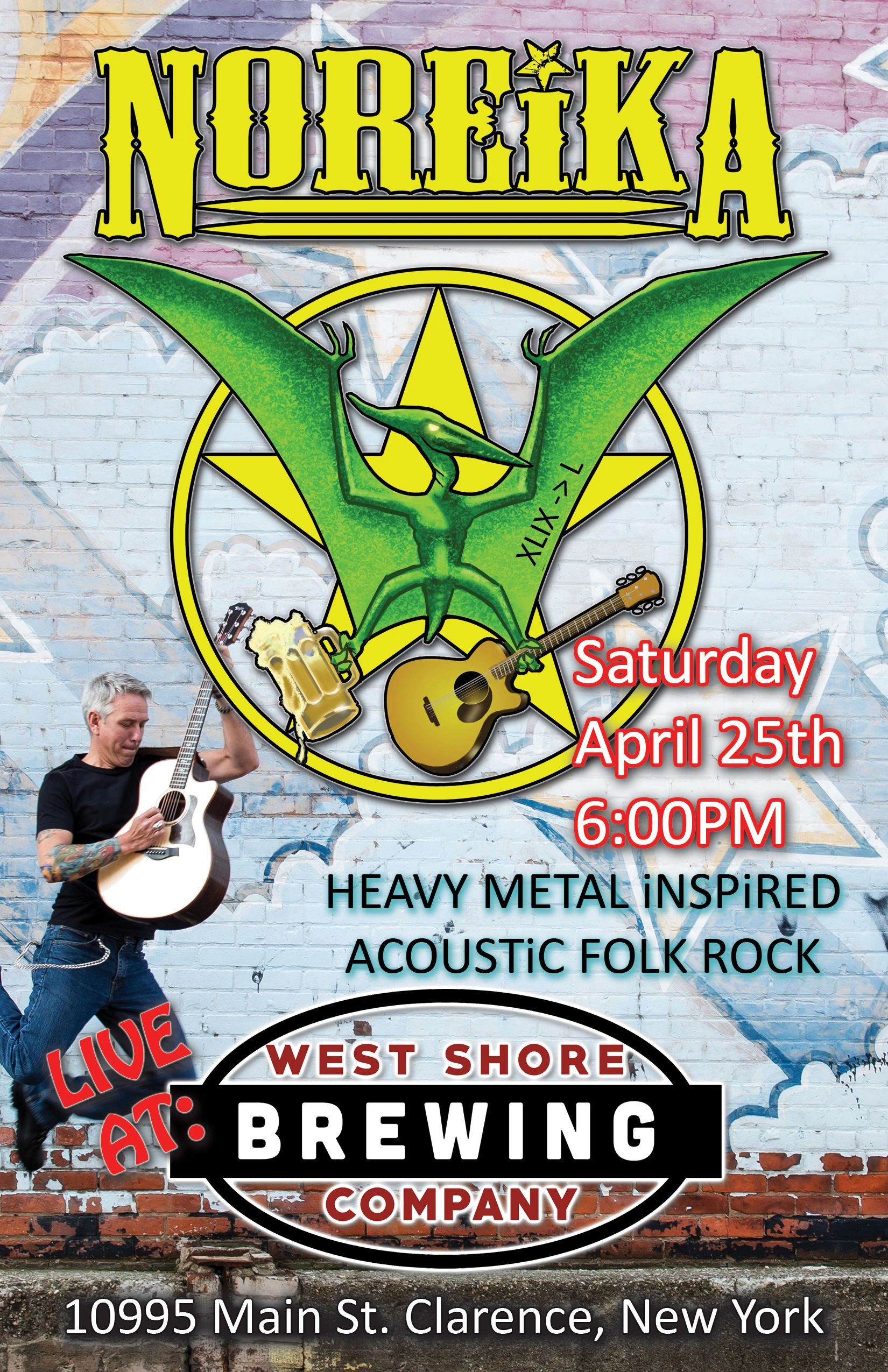 He's a blue collar guy in a white collar world. A heavy metal shredder with an acoustic guitar. "The music I write and play is not of the style I typically listen to.  I stopped trying to be specific things, and instead started going where the wind would take me (musically speaking)".

Noreika began his solo career in 2015 with the release of "METACOUSTiFOLK". A three song EP that combined his love of heavy metal and acoustic guitar and presented it in a folk music style.

In 2017 Noreika released "BoXaRoX", a departure from the previous full instrumentation albums and presented in a singer-songwriter style with simply guitar and vocals. Whimsy is at the core of BoXaRoX. A purest, tongue-in-cheek, fun for the sake of fun, musical experience.

At the close of 2018 Noreika released what has been called his best effort to date.  "Still Falling" hit the streets on November 30th 2018. It goes back to the original format of full instrumentation, with the addition of electric guitars and synthesizers. As on Noreika's prior releases, all music was written and performed by Noreika with the exception of drums, fabulously performed by the legendary Joe Goretti, whose works include; Moby, Ne-Yo, AJR Brother, Robyn and many more.

There is much in-store for 2019. Stay tuned for all the fun.